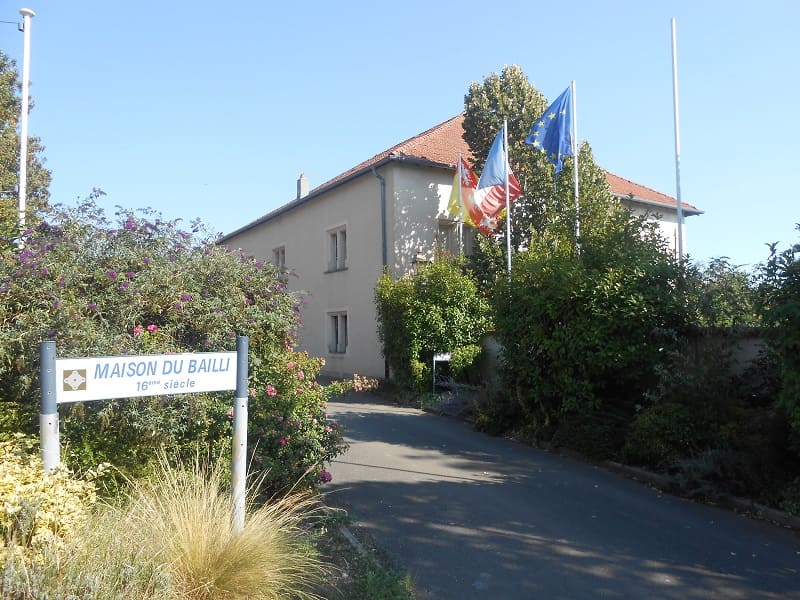 Building classified as a Historic Monument. Originally, this rectangular building did not have a floor. It had a public vocation (no carriage entrance so no storage). In the 16th century, it was enlarged and became the bailiff’s house in the 17th century. The lorship of Morhange was directly administered by a high official called a “bailiff”. A person of first importance, who had almost all the rights, up to the execution of the death penalty. His house also served as a prison. The dungeons were located at the rear of the building in the present kitchen. The building then had other uses (police station, farm, Maison de l’Amitié).