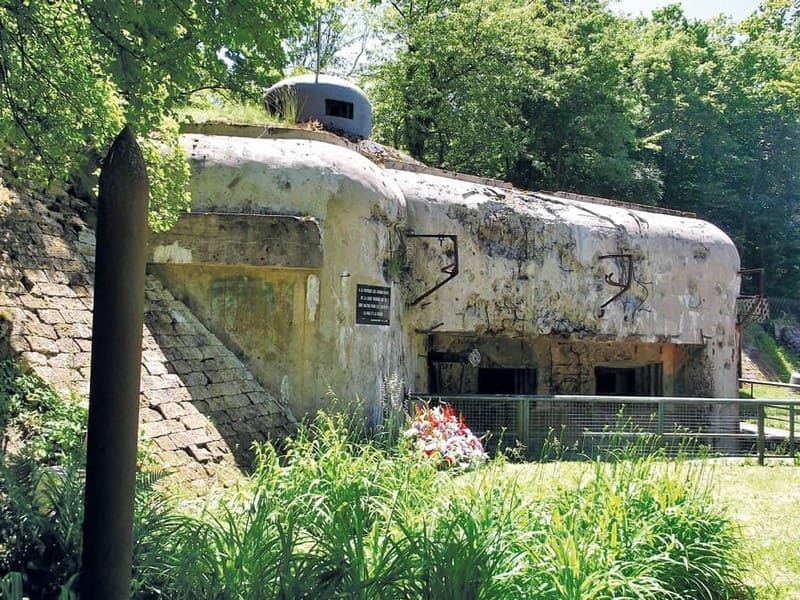 Usually Sundays from April to October.

Visits for groups all year long on reservation.

VISITS IN FRENCH OR GERMAN

Free for children under 8.

Characteristics of the structure

The ouvrage is made of three blocks linked with tunnels 28 meters underground. It has the conventional equipment of the Maginot Line forts:

The concept of the Maginot Line is to leave on the surface only the equipment used for shooting and observation. To protect the crew of the structure and increase its ability to withstand bombardment, all non-combat elements were therefore more than 20 meters deep.

After walking down a staircase with 130 steps, we arrive in the underground galleries of the fort. We can see the kitchen, the refectory, the electric power plant, the barracks rooms, the command post or the well providing access to drinking water.

This fort had a crew of 102 soldiers supervised by 4 officers, mainly from the 156th Fortress Infantry Regiment (formerly 146th RIF) and the 4th Engineer Regiment.