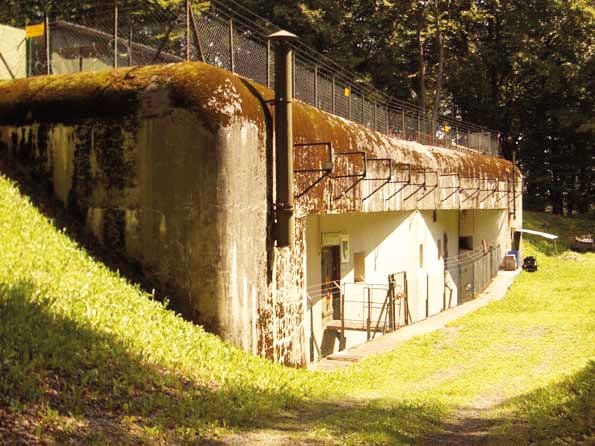 Access : the bunker is located in the forest, 300 m from the D53 linking Bockange and Boulay.

Open all year round with pre-booking required.

Guided tour for groups of at least 10 people (only in french or german).

This fortification is located near the village of Bockange. The bunker did not contain heavy weaponry.

It was an overground structure with two underground levels, serving as a barrack for troops (approximately 100 men) based between the fortified ouvrages.

The walls are adorned with drawings done by German troops in 1944 during occupation. It is known as an interval bunker.